Request from James and John’s mother

20 Then the mother of Zebedee’s sons came to Jesus along with her sons. Bowing before him, she asked a favor of him.

21 “What do you want?” he asked.
She responded, “Say that these two sons of mine will sit, one on your right hand and one on your left, in your kingdom.”
22 Jesus replied, “You don’t know what you’re asking! Can you drink from the cup that I’m about to drink from?”
They said to him, “We can.”
23 He said to them, “You will drink from my cup, but to sit at my right or left hand isn’t mine to give. It belongs to those for whom my Father prepared it.”

I’m thankful that my mother was not a helicopter mom. You know, the ones who always hang out in the school office every day chewing out the secretary for some perceived slight against her child. More often than not, she was in the office, but mostly because she was supposed to be there (she was a substitute most of my grade-school years.) Nonetheless, she was protective, but not overprotective; more like a sniper in the bushes ready to take out a problem from a distance before it becomes too big, rather than the full aerial assault some mothers put out to defend their shnoogy-woogums from a B on a paper or something like that.

James and John’s mother kind of comes off this way in this passage from Matthew. She obviously loves her sons; nobody can fault her for that. She wants to look out for them. However, asking the Son of God for places at his side in the kingdom to come for her sons… may be a little excessive. Jesus pretty much answers that, as well. It’s not his to give, but the Father’s.


This kind of puts us in an interesting position though, because it’s a word of uncertainty from the one who is supposed to be a light in the darkness, a shepherd of lost sheep. Lent, as much as it is a time of fasting and repentance, it’s also a time to follow in the footsteps of Jesus. While we know that there is hope and light in the future, the details are often fuzzy, obscured by obstacles. It’s like we’re in a forest, surrounded by trees, and we can only see maybe 20 feet of path in front of us.


That’s why its’ so important to trust in Jesus to get us through. We may cry and beg and scream for comfort and certainty, but that’s not the reason why Jesus came. In fact, Jesus pretty much guaranteed we wouldn’t have a comfy ride; he tells us to get up, take our crosses and follow him. He’s leading us to the Kingdom of God, but gives us a compass, not a map. The journey will be dangerous, and we may slip, but by placing our hope in Christ we can and will make it through.


Although, sometimes it would be nice to have some kind of aerial transportation once in a while. Maybe a jetpack. Please can it be a jetpack? I like jetpacks. 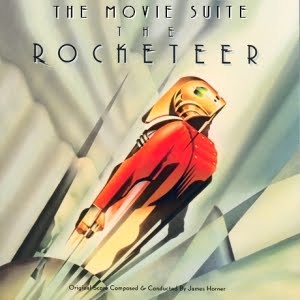 Grant Barnes, aka Grantimus Maximus, aka The Nerdcore Theologian. Currently, he is a PhD Candidate at the Graduate Theological Union at Berkeley, California. He is a graduate of Perkins School of Theology with a Masters Degree in Divinity. He graduated from Texas State University Cum Laude with a Bachelor's degree in English, minor in History. He watches way too many movies, reads too many books, listens to too much music, and plays too many video games to ever join the mundane reality people claim is the "Real World." He rejects your reality, and replaces it with a vision of what could be, a better one, shaped by his love for God.
View all posts by grantimusmax →
This entry was posted in Lent and tagged jetpacks, Lent, Matthew. Bookmark the permalink.