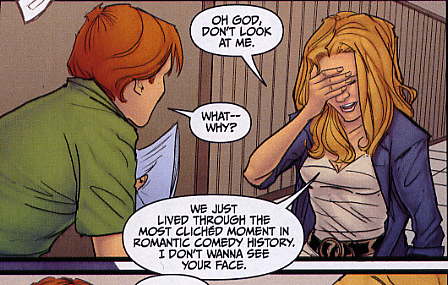 1 Jesus learned that the Pharisees had heard that he was making more disciples and baptizing more than John 2 (although Jesus’ disciples were baptizing, not Jesus himself). 3 Therefore, he left Judea and went back to Galilee.

4 Jesus had to go through Samaria. 5 He came to a Samaritan city called Sychar, which was near the land Jacob had given to his son Joseph. 6 Jacob’s well was there. Jesus was tired from his journey, so he sat down at the well. It was about noon. 7 A Samaritan woman came to the well to draw water. Jesus said to her, “Give me some water to drink.” 8 His disciples had gone into the city to buy him some food.

9 The Samaritan woman asked, “Why do you, a Jewish man, ask for something to drink from me, a Samaritan woman?” (Jews and Samaritans didn’t associate with each other.)

10 Jesus responded, “If you recognized God’s gift and who is saying to you, ‘Give me some water to drink,’ you would be asking him and he would give you living water.”

11 The woman said to him, “Sir, you don’t have a bucket and the well is deep. Where would you get this living water? 12 You aren’t greater than our father Jacob, are you? He gave this well to us, and he drank from it himself, as did his sons and his livestock.”

15 The woman said to him, “Sir, give me this water, so that I will never be thirsty and will never need to come here to draw water!”

“You are right to say, ‘I don’t have a husband’,” Jesus answered. 18 “You’ve had five husbands, and the man you are with now isn’t your husband. You’ve spoken the truth.”

19 The woman said, “Sir, I see that you are a prophet. 20 Our ancestors worshipped on this mountain, but you and your people say that it is necessary to worship in Jerusalem.”

21 Jesus said to her, “Believe me, woman, the time is coming when you and your people will worship the Father neither on this mountain nor in Jerusalem. 22 You and your people worship what you don’t know; we worship what we know because salvation is from the Jews. 23But the time is coming—and is here!—when true worshippers will worship in spirit and truth. The Father looks for those who worship him this way. 24 God is spirit, and it is necessary to worship God in spirit and truth.”

25 The woman said, “I know that the Messiah is coming, the one who is called the Christ. When he comes, he will teach everything to us.”

As a guy who’s seen his fair share of Romantic Comedies in his day, it’s an all too familiar scene.

Boy meets girl in a supermarket, and they both reach for the last box of an obscure herbal tea; sparks fly, and the movie continues downhill.

Boy meets girl in an elevator at an office building, says something really obnoxious about the new boss that’s been appointed to his department yet has never met, and surprise! She’s his new boss. Hilarity and awkwardness ensues, awkwardness turns into love for some reason, and boom! Match made.

Princess wants more, wanders into the market incognito, meets a street-smart yet strangely handsome thief, sparks fly, magic genie, something about a diamond in the rough… presto, you have a romance.

What are they looking at? It must be really cool for both their mouths to be opened like trout.

Circumstances may change, but there’s really nothing much to the “meet cute.” Often referred to as the beginning of “love at first sight,” it’s everywhere in a romantic story. In the ancient world, and throughout much of the bible, “guy meets girl at the well” is a meet cute; it’s a sign that some kind of love story is going to happen.

Well, except for this case.

Jesus meeting the Samaritan woman in the middle of the day at a well. They get to talking, she’s surprised that Jesus, a Jew, is talking to her, a Samaritan, which just doesn’t happen. She asks for some water, Jesus offers her living water. She gets super excited, asks for it, and then the awkwardness ensues.

You said it little buddy.

The big reveal happens, and not everything is as you expect it to be. The woman has a past, obviously. The nature of the past is questionable, but needless to say life didn’t go exactly the way the woman planned it to be, more than likely not of her own fault. However, this just reveals her double stigma: not only is she Samaritan, already an outcast, but she’s an outcast among outcasts in her society.

Yet Jesus meets with her anyway. Jesus meets her where she is. Jesus recognizes she has a past, but offers her the living water anyway. Life is offered, as is grace. It’s perhaps one of the most beautiful stories in the Gospel for this reason.

Jesus isn’t afraid to cut through the cultural and societal bullhonky to meet people who are in need of help, of befriending the friendless, and saving  those who feel lost. For me, this is why Jesus is worthy of belief. He’s God who meets us when we need him most, loves us when we need it most. It is a love story, but not just between a man and a woman, but with the bride and the bridegroom, the creator and the created, the lover and the loveless. Jesus loves us, and that’s a story that’s worth telling.

Grant Barnes, aka Grantimus Maximus, aka The Nerdcore Theologian. Currently, he is a PhD Candidate at the Graduate Theological Union at Berkeley, California. He is a graduate of Perkins School of Theology with a Masters Degree in Divinity. He graduated from Texas State University Cum Laude with a Bachelor's degree in English, minor in History. He watches way too many movies, reads too many books, listens to too much music, and plays too many video games to ever join the mundane reality people claim is the "Real World." He rejects your reality, and replaces it with a vision of what could be, a better one, shaped by his love for God.
View all posts by grantimusmax →
This entry was posted in Jesus, Lent and tagged Jesus, Lent. Bookmark the permalink.