Day 15: Abundance from the Fragments 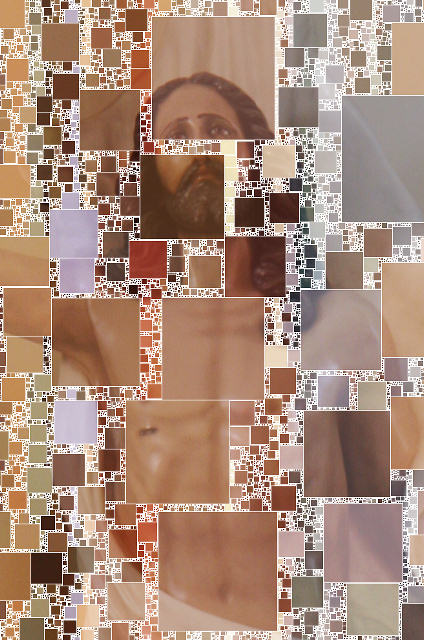 1 After this Jesus went across the Galilee Sea (that is, the Tiberius Sea). 2 A large crowd followed him, because they had seen the miraculous signs he had done among the sick. 3 Jesus went up a mountain and sat there with his disciples. 4 It was nearly time for Passover, the Jewish festival.
5 Jesus looked up and saw the large crowd coming toward him. He asked Philip, “Where will we buy food to feed these people?” 6 Jesus said this to test him, for he already knew what he was going to do.
7 Philip replied, “More than a half year’s salary[a] worth of food wouldn’t be enough for each person to have even a little bit.”
8 One of his disciples, Andrew, Simon Peter’s brother, said, 9 “A youth here has five barley loaves and two fish. But what good is that for a crowd like this?”
10 Jesus said, “Have the people sit down.” There was plenty of grass there. They sat down, about five thousand of them. 11 Then Jesus took the bread. When he had given thanks, he distributed it to those who were sitting there. He did the same with the fish, each getting as much as they wanted. 12 When they had plenty to eat, he said to his disciples, “Gather up the leftover pieces, so that nothing will be wasted.” 13 So they gathered them and filled twelve baskets with the pieces of the five barley loaves that had been left over by those who had eaten.
14 When the people saw that he had done a miraculous sign, they said, “This is truly the prophet who is coming into the world.” 15 Jesus understood that they were about to come and force him to be their king, so he took refuge again, alone on a mountain.

What is it about this guy that simultaneously attracts some people while repelling others? Why is it that some people see him as a symbol of hope and restoration, while others see him a symbol of division, hatred and violence? Why is it when it seems Jesus wants to be left alone, people just can’t let him be Jesus?

Christianity is full of such paradoxes, and its our task to place to live in tension with a whole host of paradoxes. How can a Jesus be both Man and God?  How can God be One and yet Three?

It may be impossible to ever fully understand these mysteries, but nonetheless we ponder them and find God as God is in them. If there’s anything that I’ve learned over the years, it’s that God is most visible when God is obscured by a paradox, by a cognitive dissonance. It’s because God is so beyond human understanding that it is impossible to understand on our own, but it is also this otherness that draws us closer to God in the process. The distance beckons us to proximity. The alien draws us to become familiar. 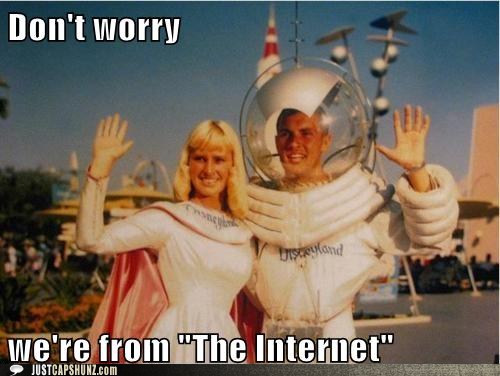 At the same time, it’s not like Jesus didn’t know that this was going to happen, and didn’t have a plan. That’s the weird thing. He’s doing all these things, trying to get away from people, knowing that they’re going to come for him anyway.

Naturally the disciples start to get a bit edgy…which is the perfect time for Jesus to be kind of a smart aleck, and to test them.

He asks the disciples, “Where are we going to get food for all these people?”

Philip freaks out about how much it’s going to cost, and Andrew looks at the food that they have, thinking 5 loaves and 2 fish won’t be enough to feed a huge crowd.

But Jesus goes ahead and starts distributing food to the people. Everyone eats to their heart’s content. And they’re left with 12 baskets of food left, more than what they started.

How can so little food feed so many people? Again, Jesus presents us with a paradox. But notice what Jesus did in this; it wasn’t by conservation of materials that all were fed, but by breaking bread, and giving freely to all who would come to receive it. Apparent scarcity is transformed into abundance.

In addition to that, even if we can find small comfort of our own security, what about the rest of the world? Sure, it’s great for us to be relatively taken care of, but what about the millions upon millions of people who go hungry every day, who die in the streets, and have even less than our own meager resources? Where is the solace in that? Can peace be found?

If there is anything to be gained in this story, it’s that, from the fragments of our brokenness, there is yet abundance to be found in Christ. Not only that, abundance can work through us by the power of the spirit, making abundance a reality through even the smallest acts of love, much like Christ feeding the crowds.

As Cyril of Alexandria said,

Initially the disciples were reluctant to feed the hungry, but seeing this, the Savior gave to them in abundance from the fragments. This teaches us as well, that we, by expending a little for the glory of God, shall receive richer grace… Thus we might be confirmed in hope through steadfast faith in the power of God to multiply even our smallest acts of goodness.

Christ presents us with an alternate reality, not of scarcity but abundance. In Christ, we can partake in this reality, and bring it closer to our own by the power of the Spirit. I pray that i may be able to find abundance, not only for myself, but for the world, in Christ.

Grant Barnes, aka Grantimus Maximus, aka The Nerdcore Theologian. Currently, he is a PhD Candidate at the Graduate Theological Union at Berkeley, California. He is a graduate of Perkins School of Theology with a Masters Degree in Divinity. He graduated from Texas State University Cum Laude with a Bachelor's degree in English, minor in History. He watches way too many movies, reads too many books, listens to too much music, and plays too many video games to ever join the mundane reality people claim is the "Real World." He rejects your reality, and replaces it with a vision of what could be, a better one, shaped by his love for God.
View all posts by grantimusmax →
This entry was posted in Uncategorized and tagged abundance, faith, Feeding the Crowds, Jesus, Lent, scarcity, Uncategorized, We're from the internet. Bookmark the permalink.