Day 28: The Man Without Fear 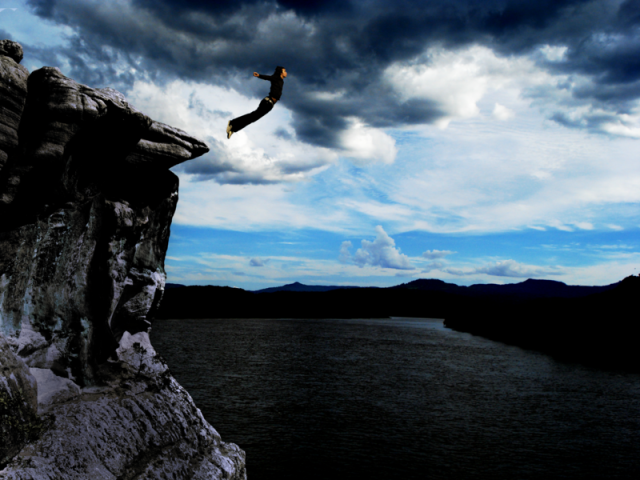 1 As Jesus walked along, he saw a man who was blind from birth. 2 Jesus’ disciples asked, “Rabbi, who sinned so that he was born blind, this man or his parents?”

3 Jesus answered, “Neither he nor his parents. This happened so that God’s mighty works might be displayed in him. 4 While it’s daytime, we must do the works of him who sent me. Night is coming when no one can work. 5 While I am in the world, I am the light of the world.” 6 After he said this, he spit on the ground, made mud with the saliva, and smeared the mud on the man’s eyes. 7 Jesus said to him, “Go, wash in the pool of Siloam” (this word means sent). So the man went away and washed. When he returned, he could see.

8 The man’s neighbors and those who used to see him when he was a beggar said, “Isn’t this the man who used to sit and beg?”

11 He answered, “The man they call Jesus made mud, smeared it on my eyes, and said, ‘Go to the Pool of Siloam and wash.’ So I went and washed, and then I could see.”

13 Then they led the man who had been born blind to the Pharisees. 14 Now Jesus made the mud and smeared it on the man’s eyes on a Sabbath day. 15 So Pharisees also asked him how he was able to see.

16 Some Pharisees said, “This man isn’t from God, because he breaks the sabbath law.” Others said, “How can a sinner do miraculous signs like these?” So they were divided. 17 Some of the Pharisees questioned the man who had been born blind again: “What do you have to say about him, since he healed your eyes?”

I hate it when people blame the victims. It’s always accompanied by some variation of  the phrase “It’s their own fault.”

“She shouldn’t have been wearing that. She was asking for it.” 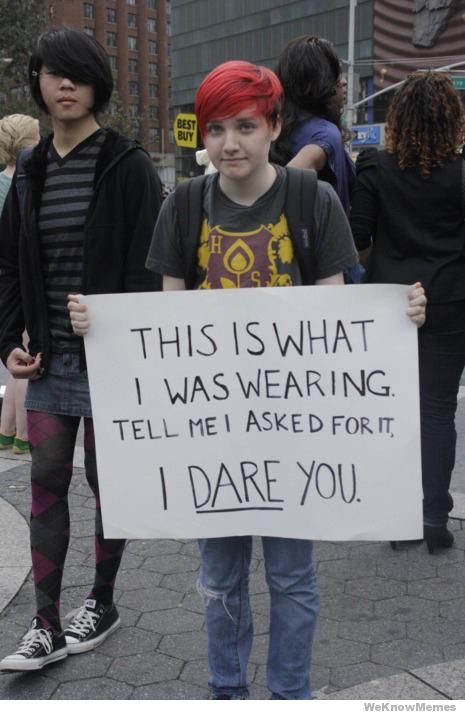 “He looked suspicious. He got what he deserved.”

“They really  have nobody to blame but themselves.”

I hate it the most when it’s followers of Jesus that do it.

Here Jesus is with disciples in tow, and they stumble across a man who has been blind from birth. He was born that way. The disciples, no doubt going off the logic of the era, jumped to the conclusion that physical ailment, like blindness, was a result of sin. So they ask their rabbi, who’s to blame for this? The man? Or his parents?

As if everything required someone to blame.

This is partly a peculiarity of language, but also of culture. “What caused this” easily transforms into “who caused this.” Perhaps this is arrogance on the part of humanity to think that we are the ones who have ultimate powers of causation on the world. It doesn’t really matter, in the end; it’s still a terrible thing to say in front of a guy who didn’t ask to be blind, and certainly didn’t deserve it. He was born that way.

I didn’t ask to be male, nor did I deserve it. I didn’t ask or deserve to be white either. That’s just the way that the cosmic dice rolled. However, because of that roll, I wound up being a part of a privileged group in my culture, and I recognize that. I will never be victimized or stereotyped the way that women are, or other ethnic/cultural/racial groups are.

That doesn’t mean I think it’s right. Or fair. Or just. Or that anybody ever deserves it.

Jesus, knowing that the man didn’t deserve any blame for this, did what he knew was the right thing to do, and what was in his power and authority to do. He knew that it didn’t matter if he was an outcast before. This man was one of God’s children, and now part of God’s plan. So he healed him, straightaway.

However, no good deed ever goes unpunished in this world.

The man gets healed, and people notice. They take him to the pharisees, and the pharisees are outraged, because here Jesus is again, on the SABBATH, healing people and doing work.

In their minds, Jesus was asking for it.

3 words that hold more weight than any argument the pharisees had. Sight was not the only thing he received from Jesus. He also got his fearlessness. He wasn’t afraid to speak the truth, and stand up for the man who healed him. He wasn’t afraid to see with his own two eyes nonsense and foolishness that was blocking the view of the religious leaders.

Jesus took not only his blindness away, but also his fear.

In any discussion about fear and blindness, my mind always turns to one of the most underrated heroes in the Marvel pantheon. Of course, I’m talking about Daredevil.

I will admit; I’m one of those few people who actually liked the Ben Affleck movie, despite it’s flaws (the Director’s cut is much better, by the way). But even before that, in seeing him in the Spiderman cartoon or later in the comics, he’s been a compelling character for decades.

Matt Murdock was blinded in an accident by some kind of chemical isotope that, while taking away his sight, heightened his other senses to superhuman levels of hearing, smell, and touch. He grew up in Hell’s Kitchen, one of the most crime-ridden parts of New York, and that only enhanced his sense of right and wrong, justice and injustice. He’s a good Catholic who became a defense lawyer, and sees the world in a very peculiar and prophetic way. Throughout all of this, one basic thing defines him. Not his blindness, nor his upbringing, but the fact that he is fearless.

That struck a chord in me when I got into the Daredevil mythos. He’s had some excellent and powerful stories over the years, and while I haven’t kept up with him after the Civil War event, he remains in my head as an archetype of fearlessness in the pursuit of right and wrong. In fact, at some level, Daredevil is probably part of the reason I would like to pursue a career in Ethics.

Grant Barnes, aka Grantimus Maximus, aka The Nerdcore Theologian. Currently, he is a PhD Candidate at the Graduate Theological Union at Berkeley, California. He is a graduate of Perkins School of Theology with a Masters Degree in Divinity. He graduated from Texas State University Cum Laude with a Bachelor's degree in English, minor in History. He watches way too many movies, reads too many books, listens to too much music, and plays too many video games to ever join the mundane reality people claim is the "Real World." He rejects your reality, and replaces it with a vision of what could be, a better one, shaped by his love for God.
View all posts by grantimusmax →
This entry was posted in Uncategorized and tagged Christianity, Comics, Daredevil, Fear, Fearlessness, Jesus, justice, Religion, Uncategorized. Bookmark the permalink.

3 Responses to Day 28: The Man Without Fear