Dogma: The Genesis of Nerdcore Theology

There are few films that get to be classified as “defining” for me.

Sure, you got your Star Wars, your Indiana Jones, your Batmans, Supermans, and Xmen. You’ve also got your Casablancas, your Citizen Kane’s, your 2001: A Space Odyssey. The list could go on with possible defining films. But as for my career at the moment, and for my trajectory into theology, I can trace my interest in nerdcore theology back to the film Dogma, decisively.

That’s right. Kevin Smith’s dirty love letter to Roman Catholicism where it all began, and you can see why. Smith obviously took time and care with this film. As irreverent and foul-mouthed as it is (and holy smokes is it foul), it’s also a valuable treatise on the disaffection with religion, and how more often then not God will counter this with an overabundance of presence, forcing you to take seriously what it means to believe. In this film’s case, what it means to have a “good idea.”

There’s a lot of depth in this film, and there’s no way to do it justice here. However, I want to touch on a few things that impacted me a great deal, and got me thinking about faith from a new perspective. Of course I don’t agree with everything presented, but that’s not the point: the point of the film is to express what it means to encounter God. 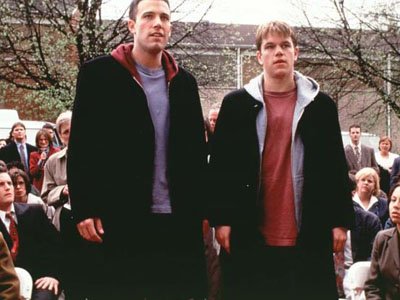 The crux of the film

The whole film is based on the idea that because of a loophole in Catholic dogma and rigid belief structures embedded in the faith, reality and all creation itself is in danger of being nullified. Essentially, the idea is that creation is based upon one premise: God is infallible. To prove God wrong would be to tear open the fabric of space and time and unmake the universe. The scriptural basis for this idea is supposedly found in Matthew 18:

Now, the interesting thing about that passage is that it’s embedded in a much larger passage about forgiveness, and God’s presence among us:

15 “If your brother or sister sins against you, go and correct them when you are alone together. If they listen to you, then you’ve won over your brother or sister. 16  But if they won’t listen, take with you one or two others so that every word may be established by the mouth of two or three witnesses.[a] 17  But if they still won’t pay attention, report it to the church. If they won’t pay attention even to the church, treat them as you would a Gentile and tax collector. 18  I assure you that whatever you fasten on earth will be fastened in heaven. And whatever you loosen on earth will be loosened in heaven. 19  Again I assure you that if two of you agree on earth about anything you ask, then my Father who is in heaven will do it for you. 20  For where two or three are gathered in my name, I’m there with them.”

All this is to say that since this is the scripture that the film is based around, and that forgiveness has the potential to God’s undoing because of the pride, arrogance, and brokenness of God’s creation, it’s the perfect way to introduce the idea that we are changed by the presence of God in our lives. I have no idea if this is what Kevin Smith was trying to go for in using this passage as the dogma in question, but it does hit on a lot of themes that are developed in the movie: forgiveness, sin, abandonment, and reunification with God.

I know what you’re thinking. Whatchoo talking about, Nerdcore Theologian? 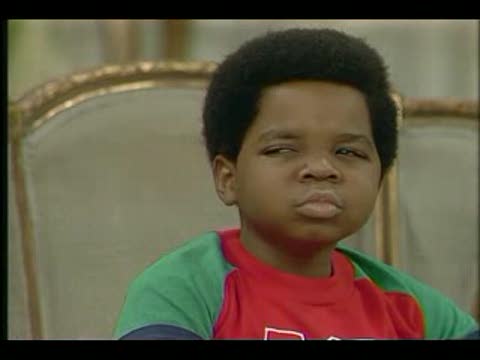 One of the things I think the movie was trying to be provocative about is to try and introduce the idea that the narrative of the church is told from a human perspective, and because it is a human thing, it has the potential to get things wrong. Because of this, Smith incorporates some truly inspired characters into the story.

First off, there’s Rufus. He’s the 13th apostle, the one that got left out of the bible. Do you know why?

For one, he’s black.

Secondly, he consistently and adamantly adheres to the concept that Jesus was also black.

You can see where this would rub people the wrong way. As for me, I don’t really see a problem; Jesus lived in the middle east, far from Europe or other Europeans. Not only that, he was Jewish. There’s no good reason to depict Jesus as a white european. If we’re going to be authentic to the heritage of Christianity as a Jewish sect, we need to understand Jesus’s cultural context. He may not have been black, but I’m 99.999 % sure that he wasn’t exactly white either.

In presenting the audience with a challenge to their perception of Christ, I think we get closer to the kind of embodied faith we should aspire to. Smith realized the potential power of challenging a narrative, and yet also honoring the truths inherent in the narrative.

Alright, so we have the concept of a black Jesus in hand right? Well right after that, we encounter Serendipity. She’s a feisty muse, who wants to spread the word that God is female.

I’ll let that sink in for a second.

Again, this is similar to the vein of the first move, to challenge our perceptions to get us to realize something: whatever God is, it’s beyond our comprehension. There is actually quite a bit in the bible to back up the femaleness of God, specifically the embodiment of God’s wisdom as a woman, or as Christ caring for people as a mother hen, or even God giving birth to creation in the psalms and even in Job.

Later in the film (SPOILERS) God is revealed in all her glory, acted by none other than the lovely Alanis Morissette, in a wonderful bit of beauty and absurdity that is the film’s ending, which I’ll get to in a bit. Rufus brings to our attention finally that “she isn’t really a woman… she isn’t really anything,” meaning gender. If God is, then God doesn’t really have a gender, male or female–at least not in the way we are. However, both genders, male and female, were made in the image of God. So this film actually isn’t challenging so much the nature of God, but rather our perceptions of God.

The film does wonderful things with the idea that “God has a plan.” The main character, Bethany, is a disillusioned Roman Catholic. She’s been divorced, due  in part because of being rendered unable to have children by illness earlier in life.  The future she wanted was taken away from her, and she’s angry at God because of it; not only that, she at one point admits that she thinks “God is dead.”

Shortly after this, she’s presented with the reality of angels (gloriously portrayed by Alan Rickman), Prophets (of a dubious nature), dead men falling from the sky, muses, demons, and the whole of creation resting on her to save it from being unmade.

Naturally, this would be overwhelming for anyone, regardless of background. It’s especially hard for Bethany. Here she is, cast aside by winds of sorrow, suffering and abandonment, and now she’s told she has to save the world? And that, by a fluke of fate, she’s also a relative of the holy family?

Faith can be overwhelming. Such is the nature of the reality of God. Faith doesn’t always give a good or nice answer to suffering, as much as it might want to. What faith can offer is hope, and perhaps a bit of perseverance.

At the same time, Bethany wasn’t alone either, nor could she have done it alone. Her journey reflects our journey as a people of community, the vision of what the church is supposed to be. Sometimes we need to be dragged there, but hope is what gets us through.

The last major theme of the movie that I want to focus on has to deal with the end. The antagonists of the film, two renegade angels named Bartleby and Loki, are on a quest to be forgiven, and thus reenter the heaven that they were banished from. They want to return to God, and will do anything to get that.

At the end, this is somewhat unresolved in my opinion. Loki early on repents of what they are doing, and tries in vain to stop this quest and winds up dying in the process. The thing is, he dies as a repentant human. Later, Bartleby is stopped and confronted by the true presence of God– and in his last moments, says he’s sorry, and embraces God before he dies.

I think it’s a subtle question, one that isn’t really resolved explicitly, but it makes me wonder. I personally believe now that they did get what they wanted, because they were sorry, and they honestly repented. I may be wrong. It is just a movie, after all, but I have to hope in forgiveness, if not for myself, then for others.

So these are the kinds of questions that Dogma posed to me at an early age, questions that I’ve wrestled with in my journey through faith. It’s a darn good film, in my opinion, despite the language and rubber poop monsters. Even then, that’s just evidence of the humanity of the story– it doesn’t talk down to you , but raise you up to the level of discussion it wants to achieve. In any case, Dogma is a formative movie, one that set me on the path to further exploration of my faith, and my hope in one day being united with God.

Grant Barnes, aka Grantimus Maximus, aka The Nerdcore Theologian. Currently, he is a PhD Candidate at the Graduate Theological Union at Berkeley, California. He is a graduate of Perkins School of Theology with a Masters Degree in Divinity. He graduated from Texas State University Cum Laude with a Bachelor's degree in English, minor in History. He watches way too many movies, reads too many books, listens to too much music, and plays too many video games to ever join the mundane reality people claim is the "Real World." He rejects your reality, and replaces it with a vision of what could be, a better one, shaped by his love for God.
View all posts by grantimusmax →
This entry was posted in Uncategorized and tagged Christianity, Dogma, Humor, Kevin Smith, Movies, Reflections, Religion, Uncategorized. Bookmark the permalink.