I want to be the very best, like no one ever was. (Really, who doesn’t though?)

Those very words were like a bugle call to kids who grew up in my generation, because those were the words to the original Pokemon theme song. I, along with my brother, were right in the perfect age range to enjoy and become fans of Pokemon, or as some might call it, “that Japanese show with a talking yellow mouse named something like “pekachow” or “pokaman” or something.”

Seriously, is "pikachu" really that hard of a name to remember?

So I can safely say that I was inundated, surrounded, and enamored with this whole phenomenon, and I think for the better.While the subject matter of the game is ethically questionable– training animals to fight each other, anybody?– the game still had a lot to teach me. The show? Perhaps not as much. The game? Definitely. Most significantly, the game taught me the importance of strength in diversity.

You see, you learned early on in the game that if you’re going to do make it through, you’re going to have to have a strategy, the best of which consists of 1) choosing a well rounded and balanced party, and 2) training the heck out of that party so you’re prepared for even the most powerful enemies.

In the case of Pokemon, there are a variety of different types, strengths and weaknesses to take into account when you build up your party of  adorable yet dangerous monsters. Making sure you have a good party, knowing what they are capable of fighting, and accounting for any weaknesses, is the key to a success. Not only that, building them up and training them for what they need to do is terribly important; you don’t want to fight a level 85 fire type with a team full of level 15 water types is just downright dumb. You need to train them so they are better, faster, stronger, and more capable of taking on the challenges that come at them.

Believe it or not, it’s the same way with the church.

7 But each of us was given grace according to the measure of Christ’s gift. 8Therefore it is said,
‘When he ascended on high he made captivity itself a captive;
he gave gifts to his people.’
9(When it says, ‘He ascended’, what does it mean but that he had also descended* into the lower parts of the earth? 10He who descended is the same one who ascended far above all the heavens, so that he might fill all things.) 11The gifts he gave were that some would be apostles, some prophets, some evangelists, some pastors and teachers, 12to equip the saints for the work of ministry, for building up the body of Christ, 13until all of us come to the unity of the faith and of the knowledge of the Son of God, to maturity, to the measure of the full stature of Christ. 14We must no longer be children, tossed to and fro and blown about by every wind of doctrine, by people’s trickery, by their craftiness in deceitful scheming. 15But speaking the truth in love, we must grow up in every way into him who is the head, into Christ, 16from whom the whole body, joined and knitted together by every ligament with which it is equipped, as each part is working properly, promotes the body’s growth in building itself up in love.

For example, I’m training to be a cleric, of a sort. 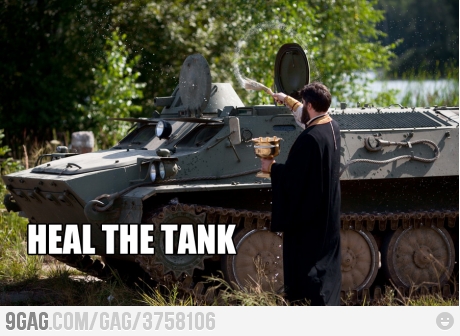 I feel called to a life in the ministry of the church as an ordained elder, to minister through word, service, sacrament and order. I believe that in order for the church to do what it needs to do, there are people called to this kind of ministry. HOWEVER, this is far from the only ministry out there.

Ministry, vocation and calling are not limited to clergy. All who live in Christ are called to ministry in love. All of us. People from every race, age, gender, background and level of capability can serve God. The church needs a balanced party in order to survive, but not only that, to grow, and to help achieve the work of the Kingdom of God.

To everyone who will listen, God tells us, “I choose you.”

Grant Barnes, aka Grantimus Maximus, aka The Nerdcore Theologian. Currently, he is a PhD Candidate at the Graduate Theological Union at Berkeley, California. He is a graduate of Perkins School of Theology with a Masters Degree in Divinity. He graduated from Texas State University Cum Laude with a Bachelor's degree in English, minor in History. He watches way too many movies, reads too many books, listens to too much music, and plays too many video games to ever join the mundane reality people claim is the "Real World." He rejects your reality, and replaces it with a vision of what could be, a better one, shaped by his love for God.
View all posts by grantimusmax →
This entry was posted in Uncategorized and tagged Balance, calling, Christianity, Ephesians, faith, Ministry, Pokemon, Vocation. Bookmark the permalink.

1 Response to I choose you!