Good Friday: The Light Goes Out 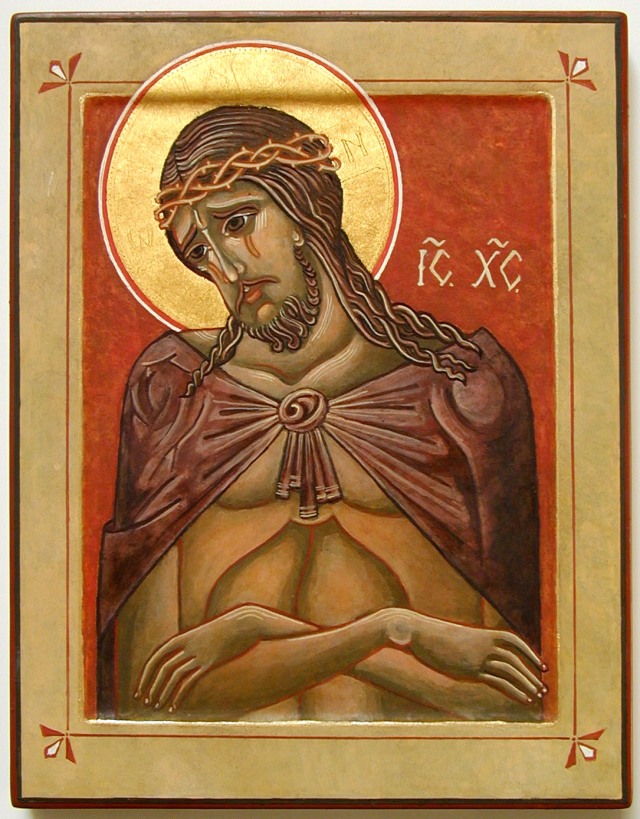 Those words, that question, cuts through that story like a knife. Or a sword. Or a spear. Or a nail.

In honesty, we shouldn’t be surprised. For one thing, the Gospel of John is written for one express purpose—so that we might believe. That’s the point, and so it would make sense that this would be something that Jesus says over and over again. “I tell you the truth.” Remember, that this is the Gospel that starts out with “In the beginning was the word, and the word was with God, and the Word was God. He was in the beginning with God. All things came into being through him, and without him not one thing came into being. What has come into being in him was life, and the life was the light of all people. The light shines in the darkness, and the darkness did not overcome it.” John describes Jesus as the very Word of God, the light in the darkness, the truth in a world of deception. Jesus is the truth.

And in this story, the truth is being questioned. Yes, that very truth, that very word of God, that light in the darkness, is put on trial, found innocent by the royal governor, and then killed anyway. In the history of rigged games, this was one that tops all the charts. Jesus made no secret of his message; he’s been honest the whole time. What he’s said, he’s said in synagogues, in streets, and even in the very temple itself, and it’s only now that the things that he has said have been questioned. They ask him about his teachings, and says as much, that he has not hidden anything; why ask him, when you could ask any of the many people who has listened to his teachings.

Essentially, he is asking the priests to go find a witness, someone to testify for him—practically begging them to find a witness. Why? Because he knows that they can’t. Nobody is going to testify against him. If they find someone, they would have to find a false witness. To do so would make the priests guilty of one of the ten commandments, on a high holy day. This is simply not done. Jesus catches them in their own trap—but it doesn’t matter. The game is rigged. They know the truth, and Jesus knows it. They just don’t care. They have their own interests to take care of. The priests have a vested interest in maintaining good ties with the empire, and Jesus is a threat to it. So they had him extinguished. They see the light, but the darkness will attempt to overcome it nonetheless.

So the trial went on. Pilate desperately tried to find something, anything, wrong or criminal about Christ, was unable. He said as much to the people of the crowds, and the high priests who brought Jesus to him, but they wouldn’t have it. Such is the power of corruption. Such is the power of powerful people. Such is the power of being able to turn a man welcomed as a king earlier in the week into a traitor, a treasonous, dangerous man. All it takes is enough people lying for long enough for the lie to appear as the truth. But the truth it is not. And the truth it can never be. The truth is in the man standing trial. The truth is that this was a rigged game.

The most maddening thing about it though is that Christ knew this was how it was going to turn out. That’s what I struggle with the most. Over and over again, in every Gospel, Jesus tells his disciples “I’m going to be killed.” It’s insanity to me. Why? Why would Jesus hand himself over to the authorities in such a way? Why would he not defend himself in the trials? He’s called on this in other gospels. If he’s the son of God, why doesn’t he just take himself down from the cross? Why did he die in this manner? Why was it necessary? Why did he let us kill him? Why did he let the darkness extinguish his light?

The answer, as much as I might struggle with it, is that it was because he saw that this was the only way to defeat death. It was the only, true way to show love for humanity—love enough to experience the end of life. In dying, he showed solidarity with us. He did it because as much as he was God, he was also human, and as a human, he was bound to die. In dying, he shows that he knows the pain of death, the dread and fear of death—does he not ask the Father to take the cup from him, if it be God’s will?

But why this death though? Why the death of a traitor? Why the death of a criminal? Why death on the most horrific of death devices, a cross, a beam of wood on which you slowly die of exhaustion and of asphyxiation? Why the cross? Because of the entirety of his message is about reversal. God emptied himself and became human in Jesus Christ. Though he was the most high, he became the most low. Though he could be rich if he wanted, he became a poor, wandering teacher. Though he could have lived a life of comfort, he chose to live a life of hardship. Though he could have stayed among the upright and religious, he chose to eat with sinners, heal the sick, and stand in unity with the poor. And now, on the cross, though he was innocent, he died as a criminal. It’s the death that was the logical extension of his ministry.

That doesn’t soften the blow of his death though. Most of the time, we want to skip to the ending—me included. We want to go straight to Easter, and skip the sadness of this day. But the truth is, you can’t skip today—nor should we try. This is a day we must go through, though it is hard, though it is painful, no matter how much we want to look away. We can’t skip it. We must face it head on. We must hear the question asked.

We did this. While God loved us, we turn our backs to God. And so now, we can’t look away. We must face our darkest hour. We must listen to this truth. We must feel it in our bones, in our hearts. We must.

The truth is that it is finished.

The Light has gone out.

Grant Barnes, aka Grantimus Maximus, aka The Nerdcore Theologian. Currently, he is a PhD Candidate at the Graduate Theological Union at Berkeley, California. He is a graduate of Perkins School of Theology with a Masters Degree in Divinity. He graduated from Texas State University Cum Laude with a Bachelor's degree in English, minor in History. He watches way too many movies, reads too many books, listens to too much music, and plays too many video games to ever join the mundane reality people claim is the "Real World." He rejects your reality, and replaces it with a vision of what could be, a better one, shaped by his love for God.
View all posts by grantimusmax →
This entry was posted in Uncategorized and tagged Christianity, Good Friday, Jesus, Lent, Passion, Truth. Bookmark the permalink.