Aftershocks of the Empty Tomb: Doubt 19 It was still the first day of the week. That evening, while the disciples were behind closed doors because they were afraid of the Jewish authorities, Jesus came and stood among them. He said,“Peace be with you.” 20 After he said this, he showed them his hands and his side. When the disciples saw the Lord, they were filled with joy. 21 Jesus said to them again, “Peace be with you. As the Father sent me, so I am sending you.” 22 Then he breathed on them and said, “Receive the Holy Spirit. 23 If you forgive anyone’s sins, they are forgiven; if you don’t forgive them, they aren’t forgiven.”
24 Thomas, the one called Didymus,[a] one of the Twelve, wasn’t with the disciples when Jesus came.25 The other disciples told him, “We’ve seen the Lord!”
But he replied, “Unless I see the nail marks in his hands, put my finger in the wounds left by the nails, and put my hand into his side, I won’t believe.”
26 After eight days his disciples were again in a house and Thomas was with them. Even though the doors were locked, Jesus entered and stood among them. He said, “Peace be with you.” 27 Then he said to Thomas, “Put your finger here. Look at my hands. Put your hand into my side. No more disbelief. Believe!”
28 Thomas responded to Jesus, “My Lord and my God!”
29 Jesus replied, “Do you believe because you see me? Happy are those who don’t see and yet believe.”
30 Then Jesus did many other miraculous signs in his disciples’ presence, signs that aren’t recorded in this scroll. 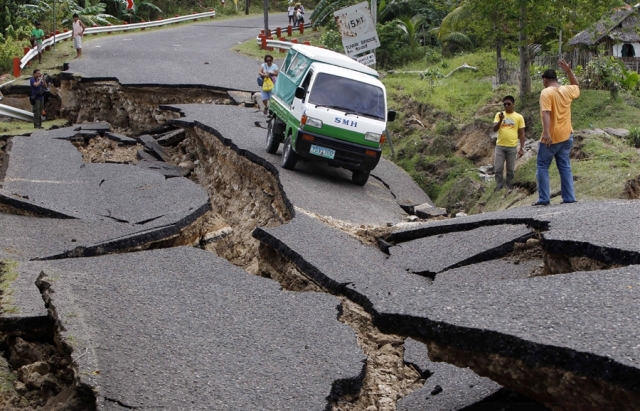 Last week we celebrated an earth-moving event. Literally. If you paid attention to the scripture last week from Matthew at the resurrection of Jesus, there was mention that when the angel rolled the stone away from the tomb, the earth itself shook. The event of the resurrection caused an earthquake. The act of life defeating death caused the very tectonic plates of the earth to shift. Nature reacted in just as strong a way as we do when it comes to the resurrection of Jesus Christ. Easter is a big deal.
Like all big deals, though, it does not and cannot exist in isolation. When something big happens, things don’t just go back to being “business as usual.” When the Berlin Wall fell, the world didn’t just snap back to the way it was before—it couldn’t. When Hurricanes Katrina/Rita/Ike hit the Gulf Coast, Nobody’s lives were the same in South Texas for months, years even. We still feel the effects of it. Major events—be they human caused or of a natural-disaster variety—leave a dent on the world. They create a ripple effect in the lives of people around the world. The most literal example of this that occurs naturally is what happens after an earthquake. When an earthquake happens, often there will come afterwards a series of smaller earthquakes, called “aftershocks.”
An aftershock is when the earth’s crust tries to adjust to the events of the main earthquake. After Easter, we are confronted with a similar phenomenon. We experience aftershocks in the wake of the resurrection, reality readjusting itself after the main event.

So the good news is, Christ is Risen—He is Risen Indeed!
Now what? 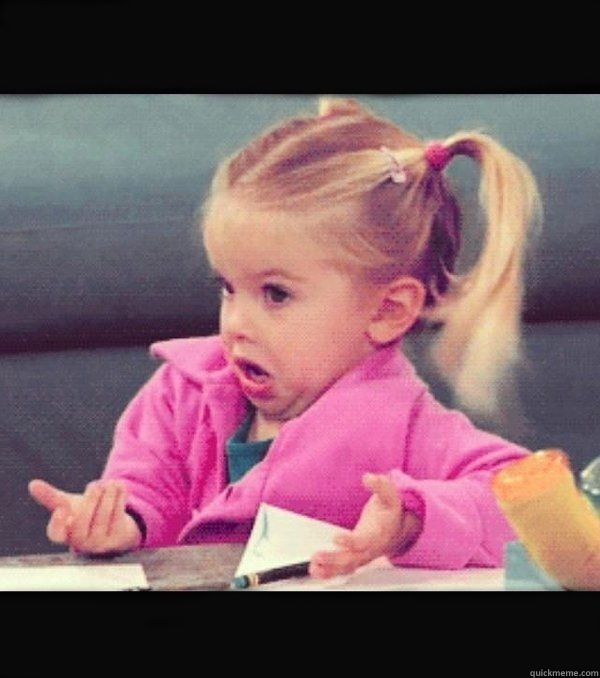 Over the next 6 weeks, I’m going to attempt to go through the events that happened after Christ was resurrected to see what kind of aftershocks occurred. What happened to the disciples, the women, later followers, the early church—all of it. Some of it’s going to be good, and some of it’s going to be bad. Some will be bittersweet, and some will be scary. All of it is important to keep in mind, because as we’ll see, the aftershocks are still happening, and they happen to us in our own lives. What happens to us when we experience the resurrection? We shall see in time. The first thing we ought to talk about, though, is doubt. 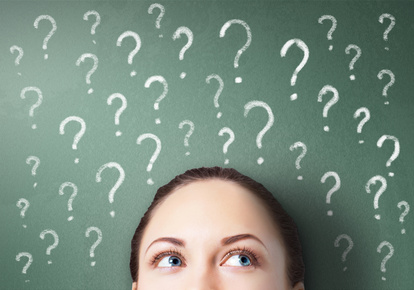 I said many months ago that Christianity has the market cornered when it comes to talking about faith and belief. It’s what we do best, and we have quite a bit of practice at it. At the same time, I think we have missed the boat when we talk about it sometimes too, specifically when we talk about what faith’s opposite is. American writer Anne Lamott once wrote something that stuck with me and it truly guides me on this issue. She said “The opposite of faith is not doubt; rather the opposite of faith is certainty.”
Think about it. The very definition faith is belief in that which is unseen, whereas certainty is fact, provable and unquestionable. Now then, you might say to me, “But Grant, I thought faith was supposed to be about certainty!” To which I say yes. Yes you have. But I ask you this: what good is faith if you are completely certain? What good is faith in that which is unseen if you there is no room for error or debate? When it comes to God, we can absolutely have conviction in our beliefs, we can be completely be resolute in our doctrinal orthodoxy, but in the end, that which bridges the gap between us and God can only be faith, and faith alone. 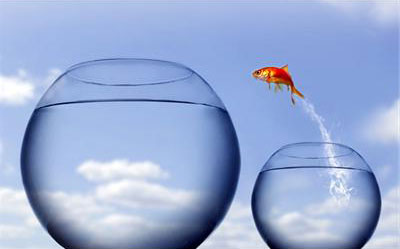 God is a mystery beyond all mysteries. God is three and yet one. God is beyond all human comprehension; where we are mortal, God is immortal. Where we are finite, God is infinite. Where we are limited, God is unlimited. Where we are relatively weak, God is all-powerful, all-knowing, all being. By the very definition of who and what God is, we can never comprehend the truth of God, not fully. This is the nature of our faith, part and parcel of what God requires of us. What does the Lord require? To do justice, love mercy, and walk humbly with your God. Humbly. If anyone tells you that you can fully know God, comprehend God, or grasp God with 100% certainty, then they’re God is too small. There is a gap between what we can know of God, and what God is. That gap is where faith resides, and where there is faith, there is room for doubt.
Today we read from the Gospel about Thomas the Twin, famously known as Doubting Thomas. However, famous as Thomas is, he was not the first person to express doubt in the Gospel. In the episode of Jesus walking on water, we have daring to run out onto the water and walk with Jesus—and succeeds! …Momentarily. When he begins to sink in the water, Jesus catches him and asks him why he doubted—especially after he had already gone a few steps on the water. Why indeed. It would seem that certainty would be his friend, given he’d already proven the ability to walk on water. Even with certainty, there is a need for faith. In another episode, Jesus talks with a man who asks him to heal his sick son, famously saying to Jesus, “Lord I believe! Help my unbelief!” Faith and doubt always seem to go hand in hand in the Gospel. Thomas just carries on the tradition.
I personally have a true kinship with Thomas the Doubter. If I were given a patron saint, it would be Thomas. Despite visible evidence of the resurrection, he still has the nerve, the guts, to voice his doubt. Ridiculed as he may be, he stands as a significant figure in the Gospel story, especially for people like me. He points to a reality that few Christians, let alone pastors, are willing to talk about, and that is the place of doubt in the faith. 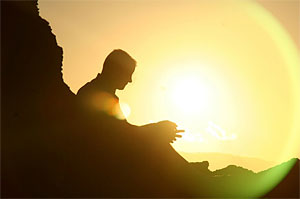 I have had a tumultuous relationship with God in the past, and have frequently played the part of Thomas the Doubter—though the risen Christ might stand before me, I would still have a hard time believing in it. I have doubted God. I have doubted the church. I have doubted the righteousness of God in part because of the actions of people who claim the name Christian. For several months when I was in college, I had many a heartfelt one-on-one with God about whether or not I believed in God or not (and yes I realize the irony in talking to a being that you aren’t sure even exists). When I regained faith in the reality of God, I moved on to doubts about my role in this whole blasted minefield called life. Where do I fit? Do you really have a plan for me? Am I really called to be a pastor? And through all of that, I managed to find glimpses of the truth, test runs of faith, and while it’s been far from easy, it’s gotten me this far. Faith will get me a little bit further. It was only because I wrestled with my doubts that my faith was able to grow.
So this is why it’s important to talk about Thomas the Doubter: Doubt is real. Doubt is a real part of our faith journey, whether you are a cradle Christian or a person who has come to it later in life. Doubt is real, and we ought not shy away from the doubts that plague us. Doubt comes from a place of honesty, a place within the heart. Even in the wake of the miracle of resurrection, Doubt is the first to raise his hand and ask “Uhh, I have a question.” Doubt is the first aftershock of the resurrection, and many people can get thrown for a loop because of it. There has been much damage done to good people who might be seeking a relationship with Christ because their doubts have not been taken seriously.
We as Christians, people who are defined by the resurrection, should be able to be honest with each other about our doubts, and honest with those who have questions. If it wasn’t for me wrestling with doubt, I might not be standing here today in the place where I am. Perhaps it’s the same for you too. But doubt can fertilize faith. It can help faith grow. God is big enough to handle it, I promise.
In the name of the Father, Son, and Holy Spirit, Amen.

Grant Barnes, aka Grantimus Maximus, aka The Nerdcore Theologian. Currently, he is a PhD Candidate at the Graduate Theological Union at Berkeley, California. He is a graduate of Perkins School of Theology with a Masters Degree in Divinity. He graduated from Texas State University Cum Laude with a Bachelor's degree in English, minor in History. He watches way too many movies, reads too many books, listens to too much music, and plays too many video games to ever join the mundane reality people claim is the "Real World." He rejects your reality, and replaces it with a vision of what could be, a better one, shaped by his love for God.
View all posts by grantimusmax →
This entry was posted in Uncategorized and tagged Doubt, faith, Jesus, John, Religion, Thomas. Bookmark the permalink.

1 Response to Aftershocks of the Empty Tomb: Doubt