Day 9: Against a Genetic Faith

In my scripture reading today of Romans 4:1-12, the first verse punched me in the face.

That is a huge question, that takes some unpacking. Judaism, as it was and still is traditionally practiced, a faith that is inherited, passed down from generation to generation. Every member of the Jewish faith can claim that their faith is one that belongs to their family. The families stem from the original tribes of Israel, named after the sons of Jacob, son of Isaac, son of Abraham. In a very real sense, their faith is in fact a matter of genealogy.

Yet here we see Paul asking a rhetorical question that would in all other situations be answered with a logical “yes,” if he’s speaking to a Jewish audience. In this instance, though, he’s not. He’s speaking to a mixed crowd. People who are Jewish, and people who are not. So the answer is then a “no.”

For who he’s speaking to, this is huge.

This goes against the very identity of the Jewish faith. It sets up this faith in God as something that isn’t just passed on from father to son, mother to daughter. Instead, because of Paul’s new configuration of faith, faith is something that is individualized in a whole new way. It’s not something that one does–as he says,

Because if Abraham was made righteous because of his actions, he would have had a reason to brag, but not in front of God.

Abraham had faith, and that was credited to him as righteousness. Faith is not a thing one does. Faith is something one has, but can’t take credit for. Nor is it something that is genetically inherited. Because of Christ, both Jew and Gentile, or as he puts it, circumcised and un-circumcised, can now inherit the faith of Abraham. 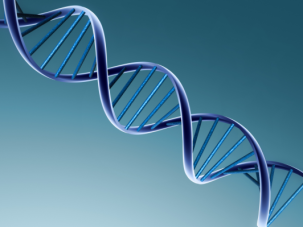 The genetic barrier is broken. Or so it is said by Paul. Sometimes, it’s not so easy to parse out.

Each of us inherits things from our parents, be they physical attributes, behaviors, or even beliefs and values. Somethings are inherited by nature, some by nurture, and often, it is difficult to tell which from which.

When it comes to religion though, what one gets from one’s parents plays a significant part, but I can’t in honesty say that simply and uncritically accepting your faith from your parents is always the case. Many folks can be raised in Christian homes and drift away from faith. Some come from non-Christian homes, and make the active choice to be Christian. Christianity is unlike Judaism in that, in Judaism, whether you believe or not, you are Jewish because that’s what you were born into. Judaism is an ethnicity and a religion, whereas Christianity is religion that transcends ethnicity.

So yeah, I can claim Abraham as an ancestor. Just not genetically.

Grant Barnes, aka Grantimus Maximus, aka The Nerdcore Theologian. Currently, he is a PhD Candidate at the Graduate Theological Union at Berkeley, California. He is a graduate of Perkins School of Theology with a Masters Degree in Divinity. He graduated from Texas State University Cum Laude with a Bachelor's degree in English, minor in History. He watches way too many movies, reads too many books, listens to too much music, and plays too many video games to ever join the mundane reality people claim is the "Real World." He rejects your reality, and replaces it with a vision of what could be, a better one, shaped by his love for God.
View all posts by grantimusmax →
This entry was posted in Uncategorized and tagged Christianity, faith, Genealogy, Judaism, Lent, Spirituality. Bookmark the permalink.