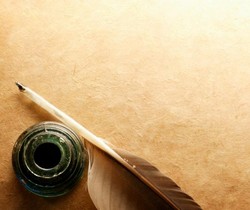 Enshrined in the preamble to the American “Declaration of Independence” is a phrase that is more metaphysical than political. Written during the Enlightenment era of human history, it reflects the values of the time in startling relief. It states:

We hold these truths to be self-evident, that all men are created equal, that they are endowed by their Creator with certain unalienable Rights, that among these are Life, Liberty and the pursuit of Happiness.

This phrase, cribbed from the notes of John Locke and edited to perform a less materialistic and more universal sentiment, feels as if it is carved in stone in the American lexicon. It’s a phrase often repeated by politicians, but serves as a motto for those who would call themselves a citizen of the United States. Much can be said about the meaning of that last part, but today I want to focus on the last part–the pursuit of Happiness. 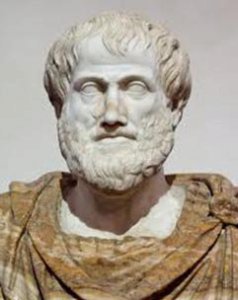 What is happiness? What does it mean to pursue happiness? It’s a question that has haunted philosophers ever since Aristotle dared to tackle it in his “Ethics.” The Greek idea of happiness, or Eudaimonia, is the end goal and purpose of all of our choices and decisions, the virtue behind all ethics. For Aristotle, though, happiness meant “The good composed of all goods; an ability which suffices for living well; perfection in respect of virtue; resources sufficient for a living creature.” Now, Aristotle put some restrictions on who could achieve happiness in such a way (basically male property owners, which is total bull-puckey in my opinion, but that was the prevailing opinion for thousands of years until very recently in history, so we just have to admit that these restrictions were bull-puckey and move on), but it’s not necessarily a bad idea. That said, what does living well look like?

I suppose this is where things get pretty subjective. Happiness for me isn’t always what other people think of for being happy. What may be paradise for some is hell for others. Happiness for me is absence of worry, or anxiety, and freedom to pursue what I’m interested in. Now, I basically have that second half, for which I’m really quite grateful for. I have my dream job. This is exactly what I’ve always wanted to do, (serving as a pastor, writing, serving, living a sacramental life) so I’d count myself as a fairly happy fellow…if it weren’t for my anxieties.

Full disclosure: I have clinical anxiety. It’s something that I’ve only been aware of in the past couple of years, and so it is only in the past couple of years that I’ve been able to address it. Some days are better than others. Some days, I have zero worries, life is good. Other days are not so good. It can go anywhere from mild panic to a full blown anxiety episode, which feels like an elephant is sitting on your chest. Gasping for breath, staring at the ceiling and trying to calm your racing mind, all thoughts of happiness are out the window and down the road. I’ve had therapy for it, take medication, and my beautiful wife DeSay is a fantastic help in getting me through these episodes, but it’s still scary when they happen.

Anxiety ruins everything for me. Having fears from your primal brain override all of your thoughts is the worst experience that I can think of. Of course, that’s my personal hell. For other people, it could be any number of things, like anger, oppression, depression, etc.

In any case, my point is happiness is what you make of it. It’s the absence of harmful influences in your life, but it’s not just that. It’s the addition of something that gives you life.

As a Christian, there is much in our holy scripture written about happiness. Today’s psalm addresses this directly, but makes the center of happiness a location and a person, not a feeling.

Better is a single day in your courtyards
than a thousand days anywhere else!
I would prefer to stand outside the entrance of my God’s house
than live comfortably in the tents of the wicked!
The Lord is a sun and shield;
God is favor and glory.
The Lord gives—doesn’t withhold!—good things
to those who walk with integrity.
Lord of heavenly forces,
those who trust in you are truly happy! (Psalm 84:10-12)

For the psalmist, happiness cannot be defined, but it can be found, and where it is found is at God’s side. In the dwelling place of the Lord is joy and blessedness found. All creatures can find a home in this holy place, from the smallest insect to the largest whale.

Whatever you define as happiness, or the good life, or what have you–that’s up to you. As for where you can find it… well, dependent upon whom you trust.

Grant Barnes, aka Grantimus Maximus, aka The Nerdcore Theologian. Currently, he is a PhD Candidate at the Graduate Theological Union at Berkeley, California. He is a graduate of Perkins School of Theology with a Masters Degree in Divinity. He graduated from Texas State University Cum Laude with a Bachelor's degree in English, minor in History. He watches way too many movies, reads too many books, listens to too much music, and plays too many video games to ever join the mundane reality people claim is the "Real World." He rejects your reality, and replaces it with a vision of what could be, a better one, shaped by his love for God.
View all posts by grantimusmax →
This entry was posted in Uncategorized and tagged Anxiety, Aristotle, Christianity, Happiness, Lent, Psalms, Religion. Bookmark the permalink.