Miracles are a subject of much controversy in the Christian world.
Also, the sky is blue, the grass is green, and the Pope lives in Rome. None of this is news. In fact, it is such old news, that people have been fighting over miracles since the Old Testament.

Disbelief or questioning of miracles seems to always happen in circles of faith. The people doubted Noah and his prediction of a flood. Abraham laughed at God when told he, and 80 year old man married to an 80 year old woman, would have a son. It took 10 miracles and/or plagues for people to listen to Moses, and even after that they had a hard time. The idea that David could fell Goliath was so beyond comprehension that his brothers were basically planning his funeral before he even got the field.
And then we get to the issue of Jesus, and his miraculous works. Day and night, people begged him to perform just one more miracle–just one more, and they would believe. And of course, in hindsight, naturally Jesus would be the one to perform the miracles, right? He is the son of God, after all, equal member of the Trinity, coequal in substance and majesty to the Father and the Holy Spirit. He should definitely be able to do miracles.
When things get sticky is when people start doing this AFTER Jesus. When people call upon Jesus’s name and miracles happen.

In this story in Acts, we see Peter doing just this. He heals a man who has been disabled from birth, unable to walk. He heals a man that everyone knows, who everyone who sees every day they pass by the temple. This is a very public action that Peter takes, and naturally causes much controversy. Almost immediately after this happens, serious persecution begins of the apostles, including many beatings and even execution. Miracles are serious business.
So, in addressing miracles, I want to talk about the way that Peter responds to the question of how this happened. After the healing, he begins to preach at the temple. In essence, his message is “Why are you surprised at what just happened? You should have known better.”

The Pot Calls the Kettle Black

These are surprising words coming out of Peter. Peter, the disciple who seems to get the most written about him, is rebuking others for not understanding miracles regarding Jesus. Honestly, this is a Pot calling the Kettle black kind of situation. 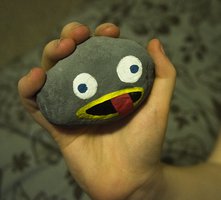 St. Peter, being carried by an assistant.

Over and over again Peter came so close to getting it right in the gospels. This is the man whom Jesus called the Pietro, the Rock of the Church. Now, perhaps he was making fun of him, too, because sometimes Peter is as dumb as a rock.
Peter is the guy who had enough faith in Jesus to walk on water, but not enough faith in himself to keep doing it and fell in. Peter’s the guy who was so faithful during the good times, and yet denied knowing Jesus 3 times in one night.
So now we come to the post-resurrection, post-ascension, post-Pentecost time, and we see Peter suddenly as the head of this new Jesus movement.
It says a lot about a movement when your leader is as flawed as a guy like Peter. It says even more when God is the one who chose him to be the leader.
I think it’s actually remarkably appropriate. Who else would be your go-to guy but a person who has experience in being wrong, misguided, and often lost? When your message is redemption, reconciliation, and healing, why not have your organization led by someone who recognizes his own need for redemption, reconciliation and healing?

It actually kind of reminds me of those old “Hair Club for Men” commercials, where the guy talking says “I’m not only the president of the company, I’m also a customer!” In the case of Christianity, it’d be “I’m not only the leader of the church, I’m also a sinner.”
This is, I think, one of the greatest parts of Christianity: Our constant confession and admission that we aren’t perfect. We are sinners. We aren’t righteous, and any righteousness we have isn’t really ours–it’s God’s.

Giving What you Have

Peter admits as much when he does the healing. He and his buds come up to the temple, and heal the disabled man, but before they do so, they say this:
“I don’t have any money, but I will give you what I do have. In the name of Jesus Christ the Nazarene, rise up and walk!”
In doing this, he’s doing many things. First, he’s taking a chance on something that he knows might not work. Yes, they saw Jesus ascend, and yes, they feel the power of the Holy Spirit, but that’s no guarantee of a miracle. Yet he had enough faith to try. He had the faith to go out on a limb and, recognizing that he wasn’t the one doing the miracle, he made space for the miracle to happen. He invited God into the life of this man in order to show others the kind of healing made possible by God.
Peter, though performing this miracle, did so in an act of faithful humility. He didn’t have money to help the man, but sometimes money isn’t always what people in need actually need. So he gave what he could. And what he could give wound up being miraculous.
After giving what he could and being surrounded by people in shock and awe, Peter had to address the situation, and he did so by mimicking the perspective of Jesus Christ.
Here’s what he said:
“You Israelites, why are you amazed at this? Why are you staring at us as if we made him walk by our own power or piety? 13The God of Abraham, Isaac, and Jacob–the God of our ancestors–has glorified his servant Jesus. This is the one you handed over and denied in Pilate’s presence, even though he had already decided to release him. 14You rejected the holy and righteous one, and asked that a murderer be released to you instead. 15You killed the author of life, the very one whom God raised from the dead. We are witnesses of this. 16His name itself has made this man strong. That is, because of faith in Jesus’ name, God has strengthened this man whom you see and know. The faith that comes through Jesus gave him complete health right before your eyes.” (Acts 3:12-16)
The implicit meaning of this? You should have known better. You know how I know that? Here’s all the times *I* should have known better. I’m just as guilty in Jesus’ death as you are. We denied him. We rejected him. We killed him. We saw him die. And yet, despite that, despite all the horrible things we’ve done, despite our sin, despite our failures, just by mentioning HIS NAME, this man is made strong. We all are made stronger. We should have known better, because Jesus is Jesus, and that’s just what he does.

Peter’s sermon here is beautiful in its conviction and passion. However, it still landed him in hot water, because miracles are scandalous things.
We are, by default, skeptical of miracles, even though we should know better. One of the most heated debates I got into in my seminary classes was over miracles, and the problem inherent in them.
That problem? If we admit that miracles happened in the past, we have to admit the possibility that miracles can happen again. And that is something that we are hesitant to admit, even though it logically follows.
The problem is that we are still hesitant to have enough faith to let God be God in our lives. We are hesitant to the possibility that something miraculous can happen, because miracles upset our lives in remarkable ways.
So the question comes to us: are we willing to let God be God, whatever miraculous thing that might entail?
If we’re not willing to do that, just be ready when the words of Jesus come back to us: You should have known better. Amen.

Grant Barnes, aka Grantimus Maximus, aka The Nerdcore Theologian. Currently, he is a PhD Candidate at the Graduate Theological Union at Berkeley, California. He is a graduate of Perkins School of Theology with a Masters Degree in Divinity. He graduated from Texas State University Cum Laude with a Bachelor's degree in English, minor in History. He watches way too many movies, reads too many books, listens to too much music, and plays too many video games to ever join the mundane reality people claim is the "Real World." He rejects your reality, and replaces it with a vision of what could be, a better one, shaped by his love for God.
View all posts by grantimusmax →
This entry was posted in Uncategorized and tagged Easter, faith, Healing, Peter, Religion, Rocks. Bookmark the permalink.