That is to say, who has the power? Who doesn’t have the power in this situation? And what is happening in regards to the power dynamics of this story? How does it change? Does it stay the same? And what does it all mean to the message of Christ?
When it comes to the New Testament, the power dynamics are incredibly important to understanding how Christ impacts his followers, disciples, apostles, and the people who call themselves the church.

Last week, we explored in scripture the event of Peter performing a healing of a man disabled from birth, and the sermon he gave in response to surprise at this miracle. Whereas last week I talked about miracles, and how we need to be open to God performing miracles, today I want to talk about power, and how we need to understand who has the power in the grand scheme of things. 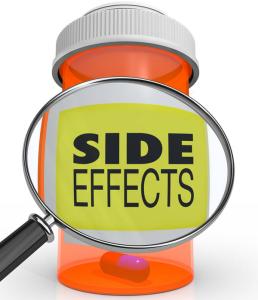 he Side Effects of Miracles

Now, I say that we are going to talk about power, but that discussion of power is put into context because of a miracle that happened. God showed off God’s power, and that had ripple effects in the lives of the people who witnessed it.
Peter performed his role in the miracle, and gave his rousing speech on why it happened, and who was the cause of it–that being Jesus. The name of Jesus was the cause behind the healing, and we shouldn’t be surprised because of all the evidence to back it up.

This passage picks up right after that event, with exactly the repercussions one would expect from the temple priests thus far: Peter and John are immediately thrown in jail for the night. Specifically, the temple folk were upset because “the resurrection was happening because of Jesus.” Note: not necessarily because of the resurrection was being preached, but because it was caused by Jesus. Miracles can happen! Just as long as it wasn’t caused by that Jesus person, that man that was causing so much trouble a few months ago, calling himself God and casting out demons and the like. As long as it’s not THAT guy, they were fine. But because it was Jesus, there was a scandal.
So they were thrown in jail for the night.

In the meantime though? Big stuff was happening. It says that because of this healing, people couldn’t stop talking about it. What Peter said struck a nerve with a lot of people. Thousands of people. Luke estimates about 5000 people became believers in Christ because of one miracle and one sermon preached in his name, and the guys that performed the miracle were put in jail.
That’s a powerful combo. If the priests were cool about it, and didn’t cause a stir? I guarantee you it would not have lent authority to the teaching. But because it caused a stir, what did it do? It got people to ask questions. Why were the temple priests so upset? Is it something they don’t want us to know? Are they in cahoots with the Romans who killed Jesus? Are they not telling us something? Slowly but surely, people lost faith in the power of the priests, and began putting their trust in a different power, the power of the name of Jesus and the people who proclaimed it. Obviously, something had shifted. Power was being shifted from one set of people to another, and the people could tell.

Power to the people!

The next day, the priests held council to question Peter and John, these interlopers and miracle-men proclaiming the name of Jesus.
They wanted these people on record for their heresy and their treason. In their minds, they were advocating for a total rebellion. Let them speak and catch them in their trap!
So they asked, on the record: By what power, under what authority, and under whose name did you perform these acts (being the healing and the preaching.)
Peter, suddenly a skilled orator, throws it back in their faces!
He says “Did you literally just throw us in jail for healing a man? Is this really all about us performing a miracle? Did we break any laws for healing someone? If that’s the case, then you all do deserve to know who is responsible for it, and that person is Jesus. By his name this man was healed, and under his authority and power we were able to perform a miracle.”
“By the way, this miracle’s power comes from the same person you guys threw away to the dogs. You are the ones who prosecuted and killed him. You are the ones who cast him out. But like Isaiah said, the cast away stone has become the cornerstone! Throughout the whole world, nobody else has a name like his that can heal like this!”

Now, you all heard that part. What follows that is actually kind of hilarious. They knew they were followers of Christ. They had them pegged. But because of the man who had been healed was STANDING RIGHT THERE in the crowd, they couldn’t really do anything. They couldn’t hold them in jail. All they were doing was preaching and healing; that’s not against the law. So they just let them go with a shrug. And off they went!
So what happened? There was a crowd. A crowd that had turned against them. A crowd that didn’t trust the priests. The crowd now believed that they were trying to hide something, whereas Peter and John were straightforward and honest. Power had shifted. Power had gone from the highborn to the low, and Peter had testified to that.
Jesus’s name has the power. Those who believe in that power? They have power too. And now because it is available to everyone? That power has become democratized. Now the power is not held in the hands of a few, but available to all. All to are willing to submit themselves to Christ, true, but all nonetheless. There is nobody denied the grace of God if they but accept it.

Power for the Future

So who’s power is it anyways?
The power of course belongs to Christ. God’s always been in control, and in Christ, power is made known on earth.
However, that power is available too. It’s not a secret, nor is it secluded. It’s been democratized. It’s been made universal. Praying and being open to the power of God is all that is required for that power to be made known, be it in small ways or big ways.
In the end, it is we who are empowered by the Spirit to do miraculous things. We are empowered to bear the name of Christ in all our ways. That is a serious and important task, but a joyful one as well.
So go, be empowered in the name of Christ, because Christ is the one who has the power anyways. Amen.

Grant Barnes, aka Grantimus Maximus, aka The Nerdcore Theologian. Currently, he is a PhD Candidate at the Graduate Theological Union at Berkeley, California. He is a graduate of Perkins School of Theology with a Masters Degree in Divinity. He graduated from Texas State University Cum Laude with a Bachelor's degree in English, minor in History. He watches way too many movies, reads too many books, listens to too much music, and plays too many video games to ever join the mundane reality people claim is the "Real World." He rejects your reality, and replaces it with a vision of what could be, a better one, shaped by his love for God.
View all posts by grantimusmax →
This entry was posted in Uncategorized and tagged Acts, Christianity, Easter, faith, Power, Religion, Sermons. Bookmark the permalink.