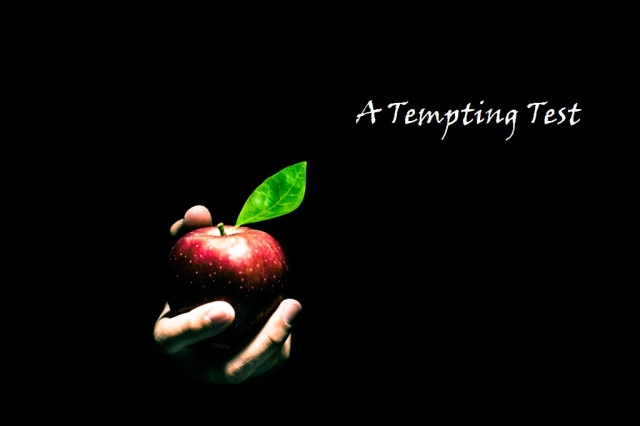 4 Then the Spirit led Jesus up into the wilderness so that the devil might tempt him. 2 After Jesus had fasted for forty days and forty nights, he was starving. 3 The tempter came to him and said, “Since you are God’s Son, command these stones to become bread.”

4 Jesus replied, “It’s written, People won’t live only by bread, but by every word spoken by God.”[a]

5 After that the devil brought him into the holy city and stood him at the highest point of the temple. He said to him, 6 “Since you are God’s Son, throw yourself down; for it is written, I will command my angels concerning you, and they will take you up in their hands so that you won’t hit your foot on a stone.”[b]

8 Then the devil brought him to a very high mountain and showed him all the kingdoms of the world and their glory. 9 He said, “I’ll give you all these if you bow down and worship me.”

10 Jesus responded, “Go away, Satan, because it’s written, You will worship the Lord your God and serve only him.”[d] 11 The devil left him, and angels came and took care of him. 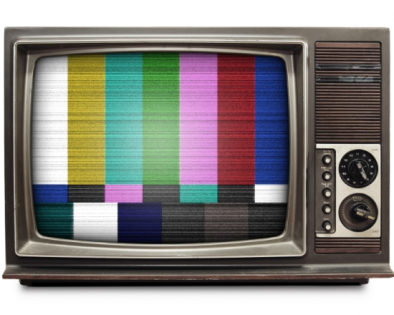 Being faced with temptation is a universal experience, and it’s one that only evolves over time.

That people have been tempted is nothing new. We simply have found new ways to be tempted, and new ways to tempt each other. It’s an entire industry nowadays, one that blossomed in the 60s and continues to today: Advertising. 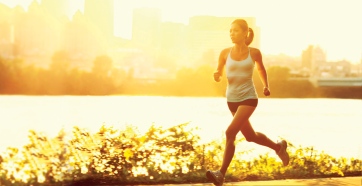 In view: a picture specifically made to sell you something.

Instead of selling the thing, selling a lifestyle is so much more effective. We all have aspirations as to the kind of life we want. It’s in our internal coding, really. We want to be a certain way, have a certain life. Perhaps that life is filled with glamourous people. Perhaps that life is filled with adventure. Sometimes that life is a life of convenience, and absent worry. Sometimes that’s a life of prestige and influence. Or a life of success and affluence. Or any number of aspirational lives. And advertising is there to tempt us with these lives, by way of selling products we may or may not need.

And the trouble is, it works. It works really well. Humanity is incredibly susceptible to temptation. In fact, it’s our primary fault. Looking back to Genesis, humanity fell because we were tempted to a life that we didn’t know we wanted until it was dangled in front of us. We didn’t want to be like God until that option was presented to us. And, with hesitation, we took the temptation plunge. It’s been downhill since then.

Which brings us to today. Today is the first Sunday in Lent, a season of fasting and repentance. We started out the season in ashes and confession on Wednesday. Today is when we really dive into self-denial, and talk about when Jesus himself faced what we face: temptation.

You see, to understand what’s happening here is that the devil is testing out the New Man. By that, I mean to go on the classical definition of Jesus as the second Adam, Human 2.0. 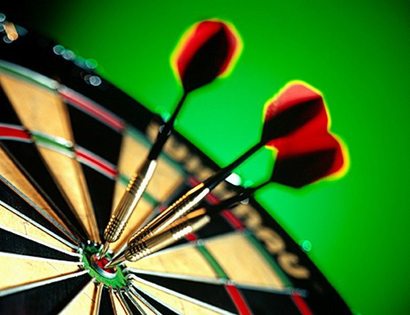 In Jesus, we see humanity perfected as God would want us to be perfected. Not perhaps perfect in wanting or needing nothing, but perfect in a way that only desires that which is holy, good, and pure. Holy in a way that is strong enough to resist against the temptations that led to the first Adam’s fall in the first place. Strong enough to be kind and gentle. Strong enough to be firm and resilient in the harshest of conditions–and temptations. Jesus is the new man. The devil is taking him out for a test drive, to see if he can do the same trick twice.

Each time the devil comes to Jesus he does so with a new lifestyle, one that would be enticing to any regular person. 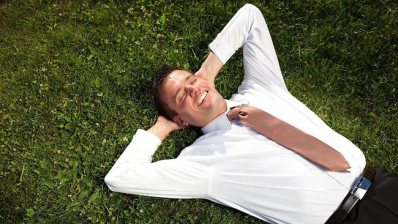 The first temptation is that of material gain. He tempts Jesus by saying, “Hey buddy. You’re the son of God, right? So why are you hungry? Why subsist on berries and bugs, when you could have a nice, hot, delicious San Francisco Sourdough right in front of you?” (he didn’t probably say that, but that’s my favorite bread, so this is my version of the story). While you’re at it, why are you in the desert? Why come out here, when you could live so much better! You could be in the nicest house, have a family, have comfort and all your needs met. Why deprive yourself of the good life?”

To which Jesus responds “Nah. I’m good. If you remember, God said man needs more than bread alone to survive, even if it is delicious San Francisco Sourdough. Rather, what I need is the word of God, and the promise of that Word.”

In resisting this temptation, Jesus rebukes the lifestyle of comfort, ease, and instant gratification. To make bread out of a stone is to remove that which makes bread so delicious. Bread is delicious because it had to be made. It was made from the work of the farmers harvesting and milling the grain. It was made from the sweat and energy of the baker, in kneading the dough and stoking the furnace. All of that is what makes bread so good. Jesus, in resisting temptation to comfort and ease, prefers the good result of work, effort, and that image of God that was put in humanity, which humanity then puts into every good work.

The second lifestyle advertised to Jesus in this mighty tempting test is that of religious power–influence if you will. 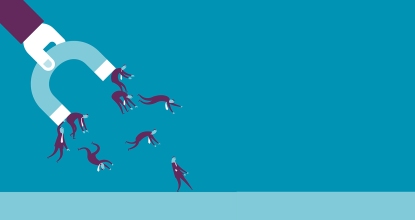 And again, Jesus responds to this pitch, this easy life of the messiah the people always wanted by saying “I see your game, and I’m not gonna test this out.” When I hear that, I hear him saying something that sounds very close to when he was in the garden, asking God the Father to take the cup away from him. He knows its going to be hard. But the reason it means so much is because it’s hard. And so resisting this easy out is about resisting the desire to be the hero that people may want, but not the savior they need.

He refused for our sakes. Not for his own. This is Jesus seeing our needs, our need to see a savior that struggles and works with those on the bottom, healing without asking for anything in return but simply faith, faith that is transformational. When you remove that faith with proof, what good is it to be a messiah to a faithless people? Nothing.

So he rejected that lifestyle, and passed the second test. But the hardest is yet to come. 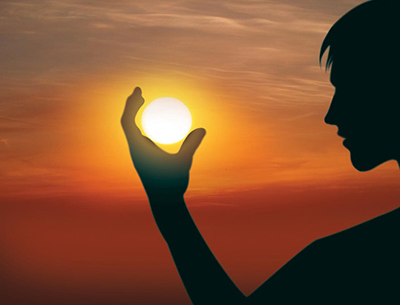 “Okay, buckaroo, strap in because here’s one that are not going to be able to say no to, guaranteed. The one you’ve been holding out for, door number three. I’ve offered you comfort, and you said no. I offered you your job made easy, and yet you still refuse. Well here’s an offer you can’t refuse: everything. I will give you everything on earth. I will give you power unimaginable. I will give you everything you ever dreamed of and so much more. You want it, just name it it’s yours. People will call you not only master, not only messiah, but king. And all you have to do is your favorite thing to do: humble yourself, and bow to me. I can give it to you. And you just have to kneel. You love kneeling to your Father, and what has he given you, huh? Ungrateful followers who constantly fight amongst each other? A tradition taken over by hypocrites and liars, fat on the work of the overworked and underpaid, in the pocket of the government and uncaring about the plight of the working man? A people who don’t know what’s good for them? I can make them listen! I can help you do everything you ever wanted. What do you say? Deal?”

And Jesus, having considered everything, just said to the devil: “Leave. I’ve seen enough. Why settle for what you’re offering when I’ve already got that? I’ve already got what I need. And all I need is to kneel before one God, my father. You have nothing to offer me. Get out of my face.”

And just like that, the test was over. The second Adam had refused the gift that tempted him.

So he got 3 out of three right. He passed the test. This new man? He was able to withstand that which has tempted people since the beginning. He was able to resist, and do what he came to do.

He denied the easy way out, and did the hard work. He worked with the least, that last, and the lost. He ate with sinners. He got dirty. And resisted everything the world offered him, because he simply didn’t need it, let alone want it. All he wanted was to save us, and to show us the way to a better, holier life.

I tell you this story today because it should resonate with us. We are all tempted by the easy way out. We’re tempted by lifestyles of comfort, ease, power, and anything else. And we’re really good at falling for it. 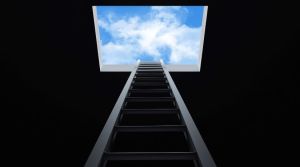 In passing the test, he gave us the answers. Feed on the word of God, but don’t tempt fate. In the end, worship God, and all that you truly need will be given. That’s good news for us. As we enter a season of self-denial, we also enter a season of temptation. And we are so much stronger. Thanks be to God. Amen.

Grant Barnes, aka Grantimus Maximus, aka The Nerdcore Theologian. Currently, he is a PhD Candidate at the Graduate Theological Union at Berkeley, California. He is a graduate of Perkins School of Theology with a Masters Degree in Divinity. He graduated from Texas State University Cum Laude with a Bachelor's degree in English, minor in History. He watches way too many movies, reads too many books, listens to too much music, and plays too many video games to ever join the mundane reality people claim is the "Real World." He rejects your reality, and replaces it with a vision of what could be, a better one, shaped by his love for God.
View all posts by grantimusmax →
This entry was posted in Uncategorized and tagged Jesus, Lent, Religion, satan, Sermon, Temptation. Bookmark the permalink.